How many of you will be sitting down this evening in front of the TV to watch The X-Factor? I know that I always have it on whilst I’m getting ready to go out and one of my favourite parts of the process are the initial auditions. Well, this week I was lucky enough to have behind the scenes access to our very own auditions for our new team of Redcoats.

On Thursday I headed into London to see next year’s potential team try out their performance and customer service skills in front of our Entertainments Team. The room was full of enthusiastic hopefuls who were put through their paces in everything from team building, customer service questions, interviews and performance skills. 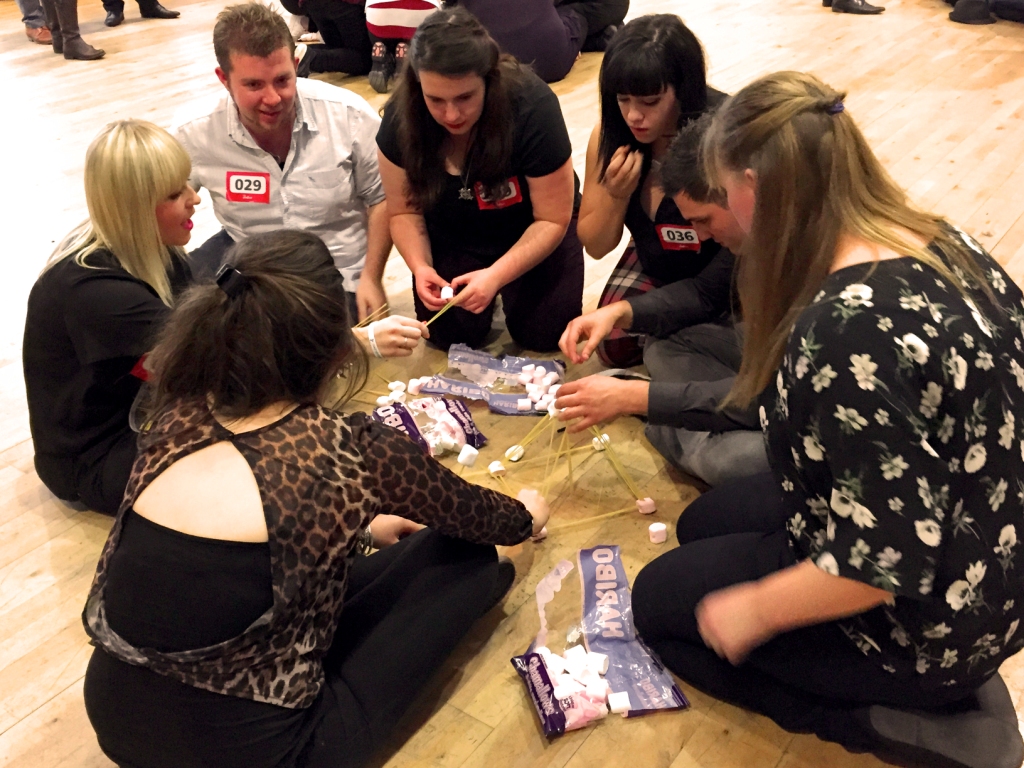 A big part of being a Redcoat is working together as a team, so they were tasked with building a tower made from just raw spaghetti and marshmallows in small teams. The highest tower would win and they had to be free-standing. 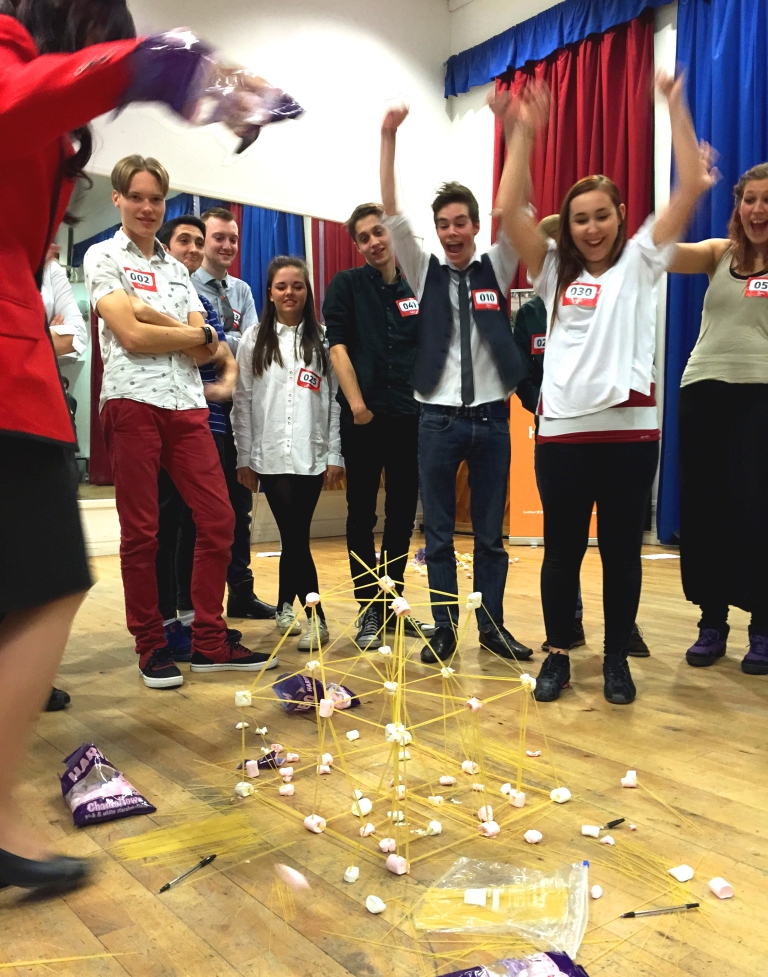 The room erupted with everyone trying to put their ideas forward as construction began. There were yelps of joy as the towers began to gain height and then screams of terror as the marshmallow foundations so often gave way. The winning team triumphed with a sturdy structure only knee-high but strong as nails.

The next task was to learn a simple dance routine. I say simple, I have two left feet and wouldn’t have been able to learn it in a million years! The auditionees were put through their paces to Taylor Swift’s Shake It Out, learning step by step moves with a performance at the end of the session. 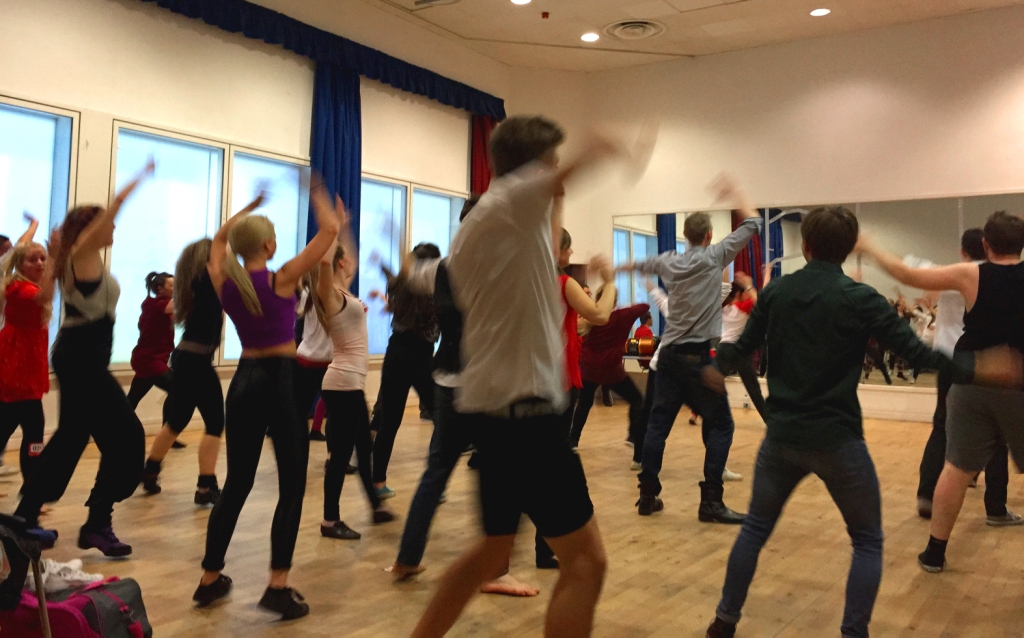 Butlins Redcoat auditionees are put through their paces

So after an initial one-to-one interview, a day of team building and communication exercises and a dance routine to master, those who’d made it to the final round had one final challenge ahead of them…

The challenge was to improvise a 2 minute sketch around, or using, an inanimate object. Think one flip flop, a tin bowl, a giant pencil or a magnifying glass. I was amazed and impressed with the creativity of the candidates. All of them managed to find a unique and entertaining way of using their prop to delight and amuse the judges, from a magnifying glass that can see into the future to a flip flop that could have been a turtle!

Overall, I cannot but be impressed by the amount of energy and enthusiasm each candidate brought to the room and I know that there were some real stars in the room, who’ll go on to delight you in 2015 and beyond. 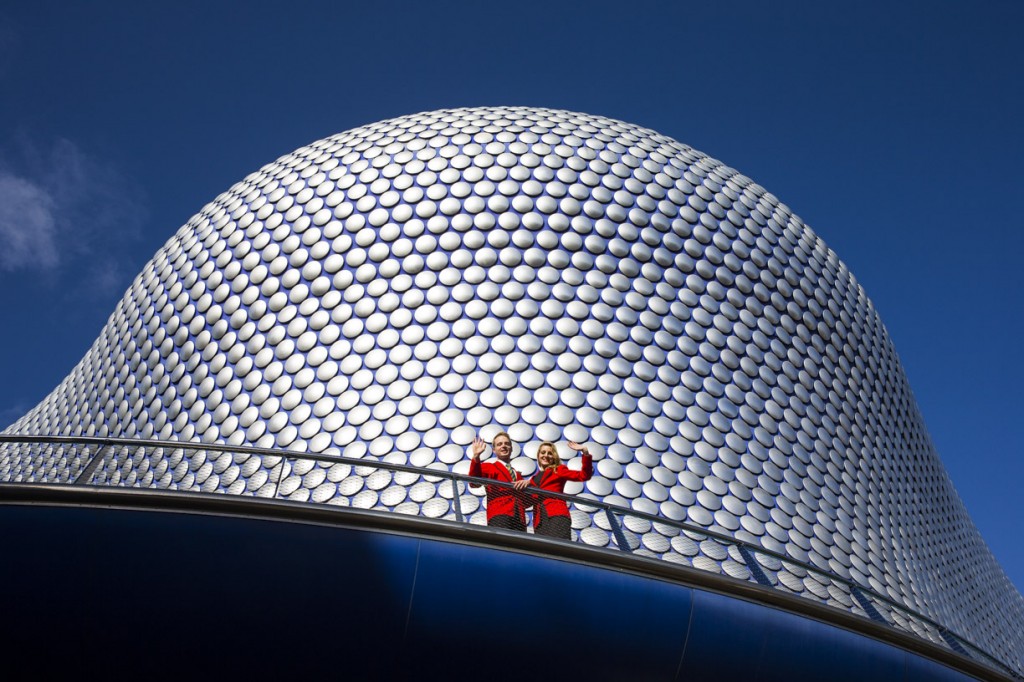 Butlins Redcoat auditions will be in Birmingham (pictured) and Salford this week!

There’s still time to audition to join our team of Redcoats for 2015 – if you, or someone you know, is interested visit butlins.com/auditions to find out more. We’ll be heading to Salford and Birmingham this week!

We’ll be revealing our new team in the new year, so keep an eye out then to find out who was successful!