My love of Christmas has not diminished with age. In fact, since becoming a Dad and sharing more than a dozen Christmases with my two sons, my passion for the Festive Season has enjoyed a huge renaissance.

I love the anticipation: advent calendars, classic Christmas songs on the radio, putting the decorations up, hearing the kids counting the sleeps. It’s a magical family time for me, and even though my boys are older we still do the things we did when they were little: afternoons of Christmas films, walking around the local roads looking at house decorations and having dinner out somewhere nice on Christmas Eve.

This year I added something new – something magical, humbling and not a little emotional.

Thanks to Butlins becoming Great Ormond Street Hospital Children’s Charity’s partner for 2015, I was able to volunteer at one of the hospital’s Christmas parties.

Due to being part of the team that worked on finding and selecting a new charity, I’d already met a number of people from Great Ormond Street Hospital Children’s Charity and been hugely impressed by their compassion and commitment.

I had also been extremely fortunate to have been taken on a tour around parts of the hospital itself, and met some of their amazing doctors, nurses and other key staff – and also to meet just a very few of the very brave children and their parents on the wards. I am a self-confessed ‘hospital-phobe’ and I really had to steel myself to visit Great Ormond Street Hospital – but all I can say is it just didn’t feel (or smell!) like a hospital. There was an air of positivity that I’ve just never experienced in any other clinical environment.

If ever my two boys needed their help, I’m relieved to know Great Ormond Street Hospital is there. It’s an inspiring place, full of incredible people. 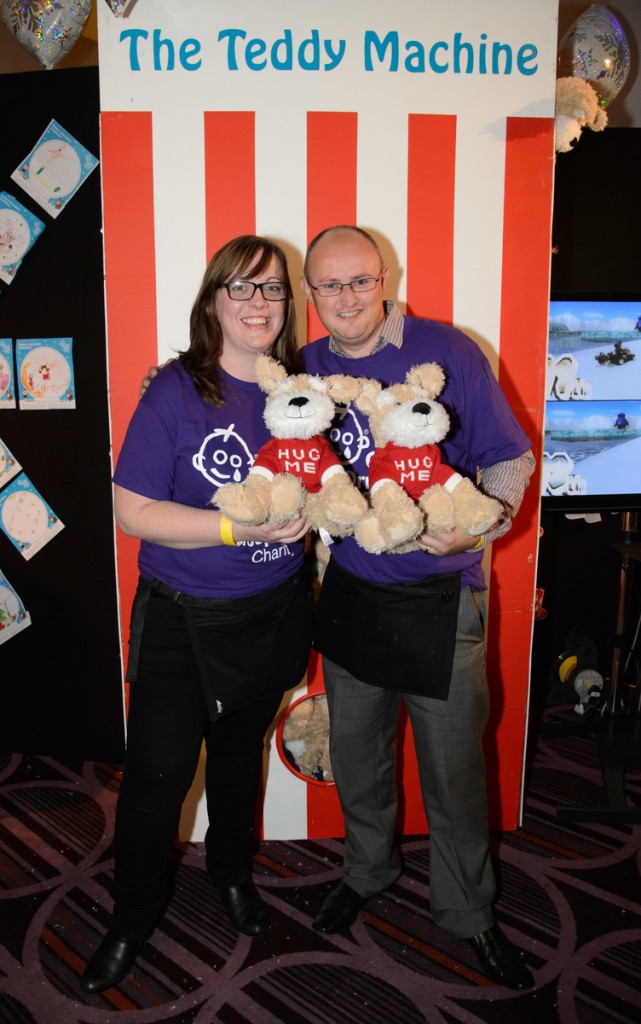 So being invited to volunteer at one of their Christmas parties was something I said yes to immediately. I was joined by my colleague Alicia Coghlan, and before the big day we had waited eagerly for the email to tell us what role we’d been allocated. It turned out we were to operate the ‘teddy bear machine’ – each child at the party (siblings as well as patients) would be given a teddy bear, and we were in charge of the big ‘machine’ they came out of. It was a bit like a human version of the ‘Teddy Bear Factory’ you’ll find at our three resorts.

On the day itself we arrived at a hotel not far from the hospital and were given our purple t-shirts and ushered into a big hall full of Christmas fun! There was all sorts for the children and their families to enjoy: live music and entertainers, free Wii and Xbox consoles to play, a motor racing car to sit in, games, colouring-in and, of course, loads of party food and drink!

Pantomime characters mingled with the guests, as did some celebrities such as Davina McCall, JB Gill from JLS and Nicola Roberts from Girls Aloud. There were also, apparently, some of the cast from TOWIE but – and here’s where I show my age – I have no idea who they were!

From the moment the first guests walked into the room, Alicia and I were busy chatting to them, meeting their family and then – most importantly – grabbing their teddy bear from the machine and handing it over to them. There was a choice of a bear with a red or a blue jumper: for some that was a huge dilemma, but others wanted to get cuddling that bear and they didn’t care what colour sweater it had!

Every single child we met was so cheerful, so friendly and so pleased to be there. It’s amazing, isn’t it, that those who have the most reason to feel like life has dealt them a bad hand are often the most positive?

It was wonderfully uplifting to have the chance, even briefly, to chat to the families, learn a little more about their experiences and how Great Ormond Street Hospital had played such a pivotal role in their lives.

It was a couple of hours that truly flew by. To be able to generate so many massive smiles simply by handing over a teddy bear was heart-warming, and meeting the children was truly inspiring.

It only made me even more determined to do all I can to help our guests and team raise as much money as possible for GOSH during 2015. You can find out more about our partnership by visiting Butlins.com/gosh.

Alternatively, you can donate securely online via the charity’s website. Simply go to https://donate.gosh.org/ 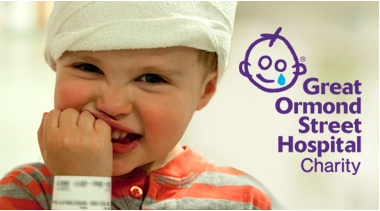