As parents of an energetic two-year old boy, Harry, and with another baby expected imminently, we wanted a final family break before all the craziness kicked in again. I work for Great Ormond Street Hospital Children’s Charity and Butlin’s is a key supporter of ours, so I’d already seen and heard lots about how wonderful their holidays were for children and decided to book ourselves on a Just for Tots break in Bognor Regis for March. 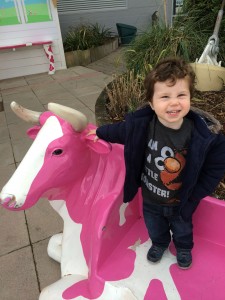 From the very beginning we were impressed with the Butlin’s experience. There was lots of ‘before you go’ information to make sure that you were totally prepared and could start to get excited about your trip. I downloaded the app and found it incredible to see all the amazing activities you could do each day!

On arrival we started to make use of the facilities even before we had checked in. In the first two hours Harry had already managed to do trampolining, a ride on Little Tikes Town and have a story time performance. Once in our room in the Ocean Hotel, we noticed all the little touches we came to recognise from a Butlin’s stay, such as the multi coloured lights which provided endless entertainment – for Harry I might add – to a towel in the shape of an elephant which Harry thought was hilarious. And the view over the sea was just fantastic too. 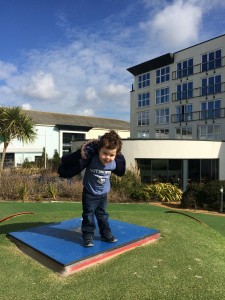 We were blessed with mostly good weather throughout our stay but rain or shine there was always a lot to do, whether it was a Play-Doh session, swimming, fairground rides, a show or even a tots disco. A firm favourite of Harry’s was Billy and Bonnie Bear who quickly became like rock stars to him. We’ve been home for two weeks now and he still wakes up every morning asking about them (we tell him that they’re sleeping). A real highlight was booking him on the special Billy and Bonnie Bear breakfast, which was free like virtually everything else over our stay. He got to meet the Bears personally, have a photo with them and even do a conga dance around the restaurant with them. He may have got a little star struck for his ‘Kodak moment’ (see photo) but he still recounts how he got a high five from Billy. 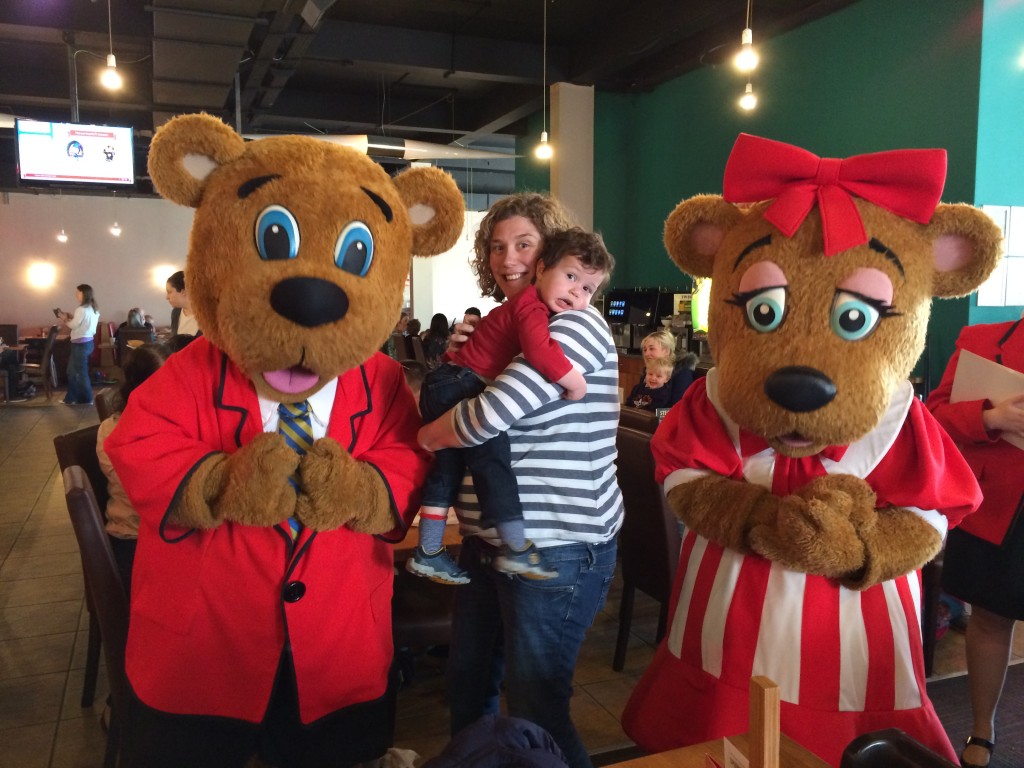 Overall we had a magical trip together and have come home with some very special family memories. As parents, our overwhelming holiday highlight was watching Harry’s face light up again and again during the week and it was lovely to spend the quality time with him before the baby arrives. I couldn’t recommend a Butlin’s highly enough and can’t wait to go back… even just to prove to Harry that the Bears have finally woken up.

Hope you have fun on your break!