After several weeks of trying (and failing) to not check the long-range weather forecast for Minehead, launch day for our amazing new West Lakes Chalet Village flew by on Tuesday – and the sun did shine.

Many months of thinking, planning and organising a launch day that befits such a stunning new development came to fruition on Tuesday as our Managing Director, Dermot King, was interviewed and photographed in front one of our Lakeview chalets, with a beautiful reflection of an original 1936 chalet made from Sir William Butlin roses surrounding him.

As the whole spirit of West Lakes has been to draw on our unrivalled heritage and tradition throughout the construction and design process, it felt only right to then continue to reflect our near 80-year history on launch day.

And as Sir Billy loved roses so much, and used them to adorn his chalets and resorts in general, we felt we wanted roses to play an integral part. There was, in the 1960s, a Sir William Butlin rose created in his honour to mark his huge amount of charitable work. However, that rose ceased to exist some time ago. So, we found a rose as close to Butlin’s red as possible, took ownership of it and named it Sir William Butlin.

Because rose gardens and pleasure gardens formed such a key part of the original Butlin’s resorts, we wanted to create something similar with our new rose at the launch. But rather than just any garden, we planted roses in the outline of original 1936 chalet next to one of the new chalets. A perfect juxtaposition of old and new. 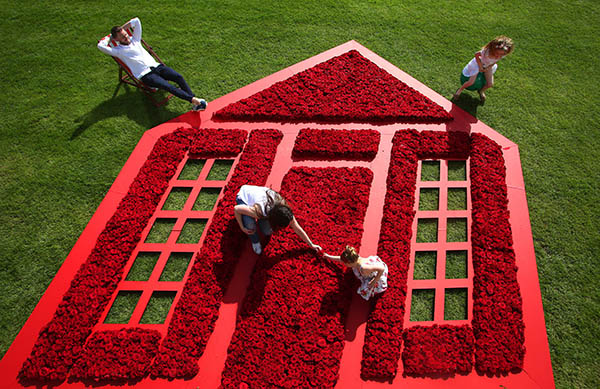 We actually used 1,936 roses too, just to keep the theme going. Our production team worked through the night on Monday and into Tuesday, cutting roses to fit into oasis which had been made into shapes to fit into the chalet frame. At the same time – and to portray that the chalets are not only traditional but very modern too – they erected a giant Instagram photo frame in front of the chalets, as we know from research that capturing photos of family breaks is one of the top things parents like to do. The fact that the Instagram frame was 10ft by 10ft (the same dimensions as an original Butlin’s 1936 chalet) was no coincidence either – and knowing an Instagram picture is 1936 x 1936 pixels in size didn’t escape our attention either! 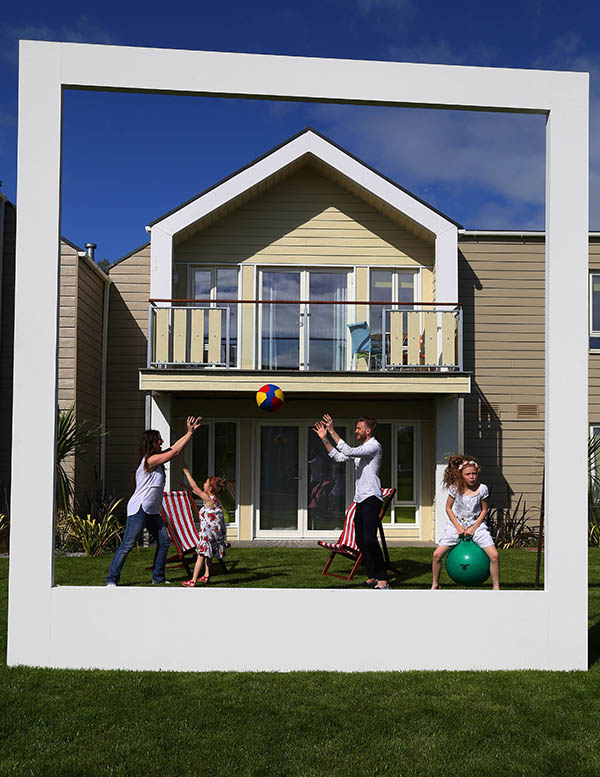 By the early hours of Tuesday morning, everything was in place. Then the rain came. And the skies darkened. It certainly wasn’t the start to launch day we had wanted, but those many weeks of studying the forecast had told us that by about 8am, the bad weather should have cleared.

Sure enough, the rain stopped, the sky turned blue and, by 9am, the sun was out – and save for a brief shower in the afternoon, it never went away.

A frantic but fun day of pictures, video, chalet tours and a garden party on the green at the heart of West Lakes seemed to go by in a blur. It was a lovely opportunity for the team at the Minehead resort – for whom West Lakes has been a labour of love for more than a year – to celebrate the excellent new addition.

The reaction from the media has been wonderful too. From news and review pieces in the Telegraph, Financial Times, Independent, Guardian, Express and Mail, through more than 150 stories across a raft of regional and online publications to extensive features on both the BBC and ITV local news, it was a heart-warming response to the launch of West Lakes. Even DJ Chris Evans called the new chalets “absolutely gorgeous” on his Radio 2 Breakfast Show!

I was proud to have played my part in such a day – and I like to think Sir Billy would have approved too. 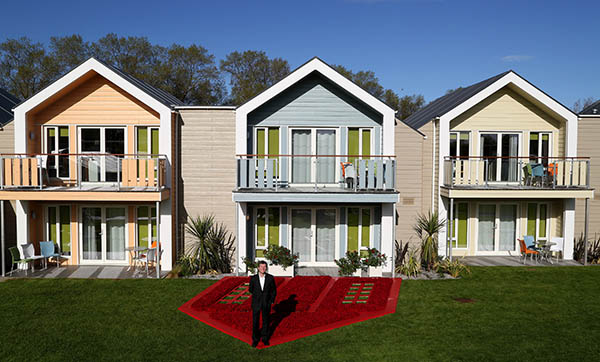