My two sons know they are lucky that my job means they get to make regular trips to our three Butlin’s resorts, and recently we’ve been to Bognor Regis and – by chance – stayed in each of our three hotels.

When I ask them which is their favourite they can never really decide. I don’t think it’s because they are trying to be diplomatic either! As my youngest said: “The trouble is Dad, each of them has some great things which makes it so hard to pick which one is the best.”

It is those little details, thoughtful touches and imaginative extras which make the Shoreline, Ocean and Wave so magical.

For instance, we stayed in one of the recently-refurbished, nautical-themed rooms in the Shoreline a couple of weekends ago, and the boys really love the curtain that separated their bunks from the rest of the room – they are very much into having their own bit of privacy these days. They also thought the interactive ships controls on the wall of the lounge area were very clever. As my teenager said: “I’d have loved that when I was a bit younger, Dad, especially the steering wheel.”

In the hallways of the Shoreline there is now a carpet that looks like boats in the sea – and the boys particularly liked being able to ‘walk the plank’ every time you step into the lift. 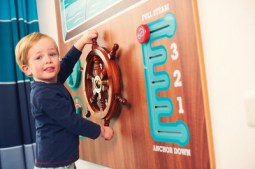 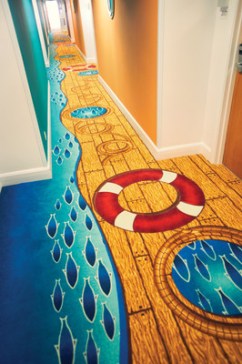 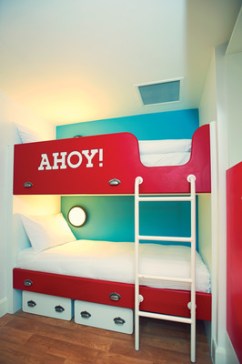 Kids Room in the Shoreline

The area of the Wave Hotel that always draws them in is the games port adjacent to reception. My lads are 13 and 10, and if your children are of similar ages, then they too will love the games port. It’s got everything: Playstation, Xbox, Wii, Nintendo DS, and all the cool games as well. I always enjoy a game of FIFA with the boys….until they get tired of thrashing me, and suggest I go and have a cup of tea.

The children have their own bedroom in the Wave, which is designed to feel like you are sleeping in a submarine. 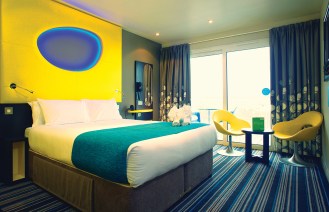 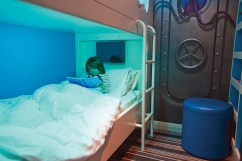 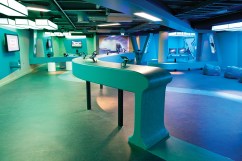 It’s a similar story in the Ocean Hotel, with the children’s bedroom like a den at one end of the room, while the adults’ bed is at the other end. The walls of the children’s area is straight out of a cartoon book, with words like ‘Pow’ and ‘Boom’ in big bright letters.

The element of the Ocean rooms my boys like, though, is the disco shower – the head has lights that change colour as the water pumps out. If you have two ‘shower dodging’ boys, anything that can get them under warm running water is brilliant.

And then there’s the Butlin’s Butlers in the Ocean, always ready with a warm smile and advice as you walk in and out – and they are delighted to help you find your way around resort, book you a table for dinner or simply help you with your luggage. 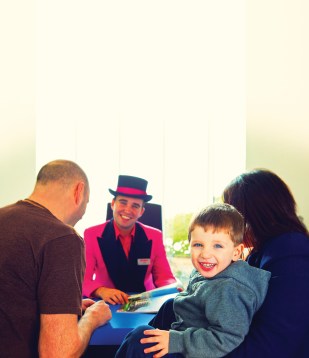 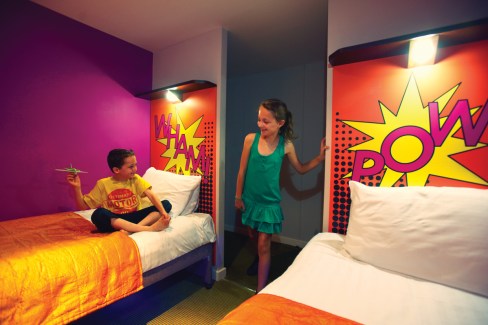 One very popular element of a hotel stay with our family is exclusive time in Splash Waterworld. When we stayed a few weekends ago, hotel guests had the pool to themselves for an hour in the morning – strangely, my boys had no problem getting out of bed that day.

Actually, when you reflect on everything that our three hotels at Bognor Regis have to offer our younger guests, you can see why it really is so difficult to pick a favourite.