On this day, the 11th November 1918, a 19 year old Billy Butlin was stationed just outside of Mons Belgium where he was serving in WW1.

Billy’s story of the war is an interesting but not uncommon one. He did in fact join up by accident. Two of his colleagues from the art department at Eaton’s Department Store (where Billy worked as a teenager in Canada) had gone off to volunteer as motor cycle despatch riders but had been told that the Canadian Army already had its full quota so they would be called up when required. His colleagues were given a badge which proclaimed this fact and Billy rather fancied one of these. So like many young men of the time he saw the war as a big adventure, so he went along to the recruiting office and stated that he wanted to join the army. 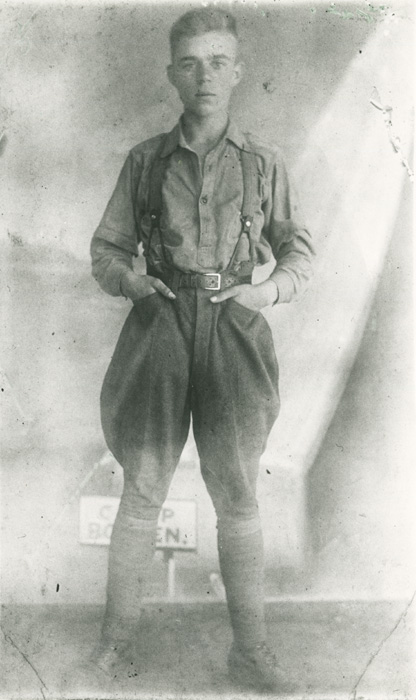 However he forgot to mention that he was just volunteering to be a despatch rider and the sergeant duly asked him to return the next day to be fitted for his uniform. The truth dawned on him, he had enlisted. Billy’s army attestation papers state that Billy joined the army in December 1915 at the young age of only 16, having inflated his age by a year to be able to join. At 16 Billy was very small and very slight and this caused some issues when it came to his uniform. As it was, he was given the smallest uniform the Canadian Army had but Billy was still lost in it. The cap had to be stuffed with paper to stop it falling down over his face and he had to do the same with his boots.

Billy’s career in the army was quite a varied one. He initially spent his first few weeks in the Bugle band taking part in recruiting marches. After which he was then posted to Camp Borden, where he joined the 170th Battalion and then later transferred to the Bantam Battalion as a bugler and drummer boy. Not content with this posting and craving the adventure of being posted overseas, Billy and a friend deserted this unit in order to enlist into another based in Hamilton, which they heard was due to be posted overseas.

Billy couldn’t afford the train fare to this new unit, so in order to get there he and his friend had to ‘ride the rods’ on the freight train. Once they eventually arrived in Hamilton they discovered that the unit they were intending to join was in fact a cavalry regiment. Neither of the men had ever hidden a horse before but both were so keen to get overseas that this little issue wasn’t going to stop them and once again they enlisted. The plan didn’t however work out the way Billy wanted. The new regiment’s departure overseas was delayed, so Billy and his friend returned to their original unit, in the hope to get overseas quicker. On their return they were sentenced to 21 days in military prison for their desertion.

By the time Billy’s unit had been posted overseas, initially stationed near Folkestone in Kent, Billy had risen to the rank of Lance – Corporal. Nearer to the end of the war, Billy was finally sent to France as reinforcements for the 4th Canadian Mounted Rifles, although he wasn’t directly involved in the fighting on the Western Front he did witness the true horrors of trench warfare. 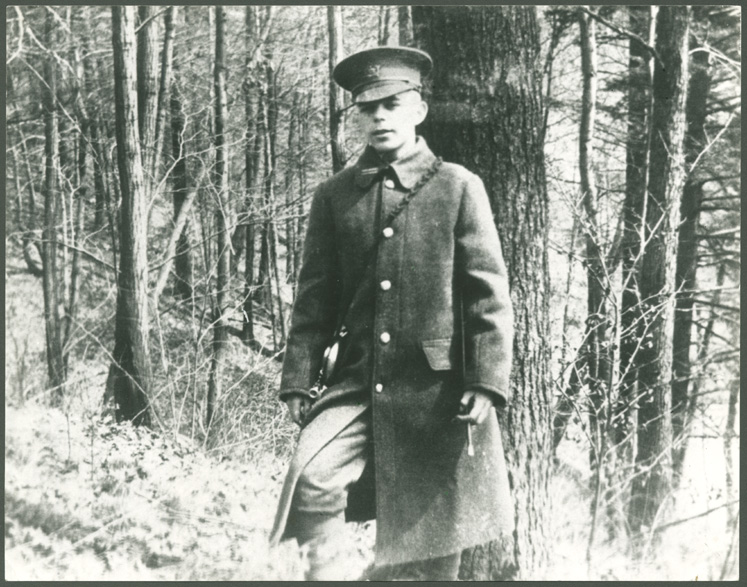 Later in life Billy reflected on these war years which he believed were the making of him ‘I have been broke a few times in my business career and in my private life I have known disappointment, pain and heartbreak. But after my experiences in France, I have always been able to say to myself…You’re not as badly off as you have been’.