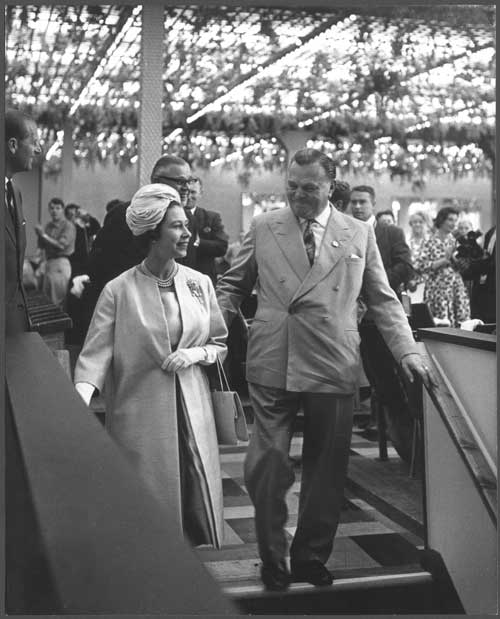 On this day, 9th August 1963, the sun is shining and Butlin’s Pwllheli has a visit from two very surprising VIPs. Her Majesty Queen Elizabeth II and His Royal Highness Prince Philip drop into Pwllheli as part of their royal tour of Wales. 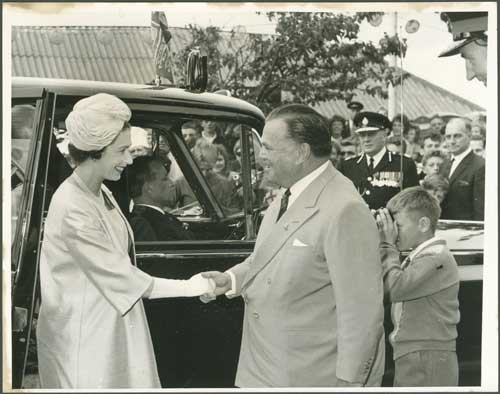 Billy Butlin greets the Queen on her arrival to Butlin’s Pwllheli.

With our very own Billy Butlin acting as a personal tour guide, the Queen and Prince Philip are guided around the camp. They are shown the camp church, they meet with senior executives who work at Butlin’s and are even treated to a tour of the camp in an open-topped Land Rover. Thousands of excitable holiday makers lined the route to cheer, wave and take pictures of the royal couple as they paraded through Pwllheli. 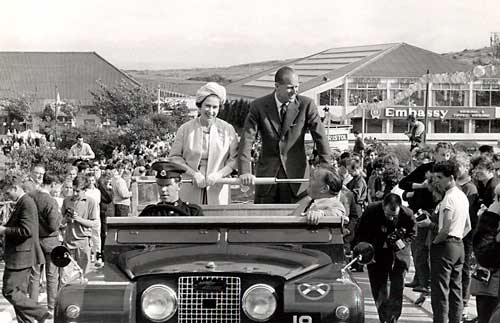 You might be curious as to why the Queen and Prince Philip decided to visit Butlin’s Pwllheli in the first place? Well, Prince Philip was no stranger to Pwllheli having started his military career here during the Second World War when Pwllheli was known as HMS Glendower.

To help with the war effort, Billy Butlin was asked to give over his first two camps, Skegness and Clacton, so that they could be used as military bases. After the success of these camps, Billy was then asked to locate and build a further three camps to be used as training bases. Pwllheli was one of these camps. It is thought that it was Prince Phillip’s request to visit Pwllheli now that it was returned back to a Butlin’s holiday camp. Just imagine how different it must have looked when it was a naval training camp to what it did as a Butlin’s holiday camp during 1936! 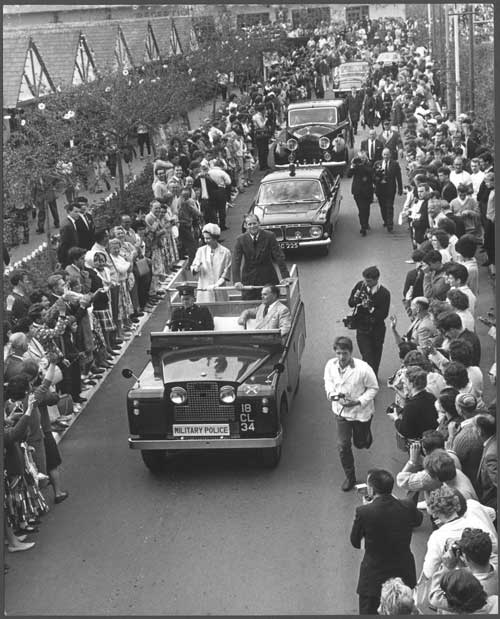 Thousands of campers lined the route to wave and cheer for the Queen.

This memorable day was captured on film, watch the clip below to see the pictures brought to life!