If you’ve been tuned into BBC1 this evening, you’ll have caught us on this week’s episode of the Antiques Roadshow. We were lucky enough to be asked to take along an artefact from our heritage collection so we could find out a little more about it, as well as learning about its historical value.

As we have a long and varied history, it was a difficult decision to choose just one of our many artefacts. The Butlin’s Heritage Collection itself dates back to as early as the 1920s and we have many items including Redcoat jackets, postcards, pin badges along with hundreds of copies of our adverts throughout the decades.

In the end we decided that one of our silver dance trophies would be a really interesting piece to discover more about. Within our collection we have hundreds of silver trophies but on this occasion, we chose the Veleta Amateur Dance Trophy. 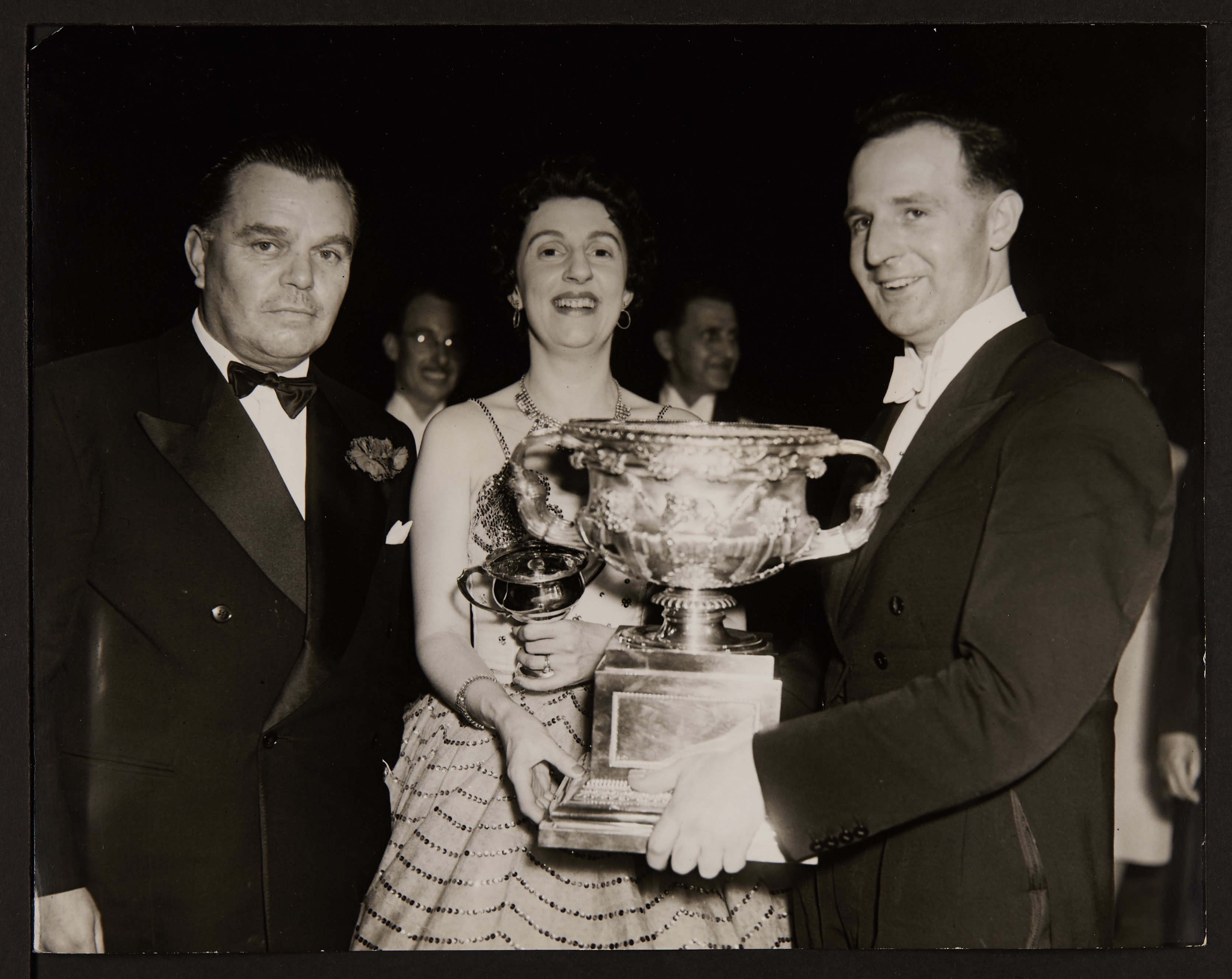 In 1947, Butlin’s launched the Butlin’s National Amateur Veleta Dance Competition, the winners of which would have won this very trophy. Dancing in big ballrooms to big bands was a huge trend in the 1930s and this continued after the war. The Big Band leaders were regarded as pop stars in their day and people enjoyed nothing more than a spin around the dancefloor to one of their popular tunes.

When Sir Billy first introduced this competition, he wanted to first find out a little more about the trophies awarded to winners of revival dance competitions. On finding out how big the biggest trophy was, Sir Billy, always the showman, went out and acquired one twice as big for the Butlin’s Veleta Contest. 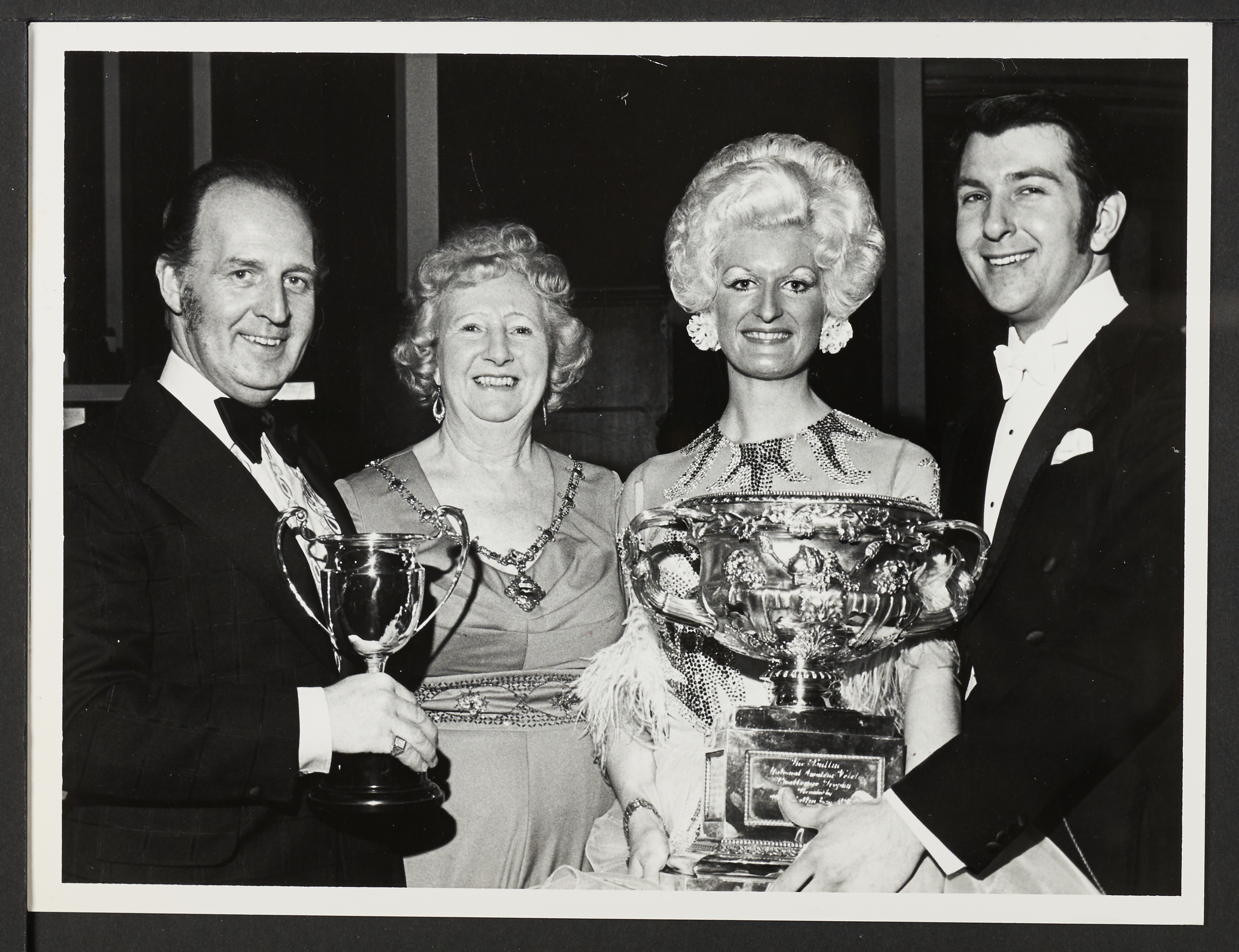 This annual competition took place across Butlin’s holiday camps where guests partnered up to strut their stuff. The Butlin’s resident dance instructors would judge these guests in weekly heats, winners would then go onto the regional heats held on the camps. The final of this competition was held in style at the Royal Albert Hall where the winners would be presented with the Veleta trophy. 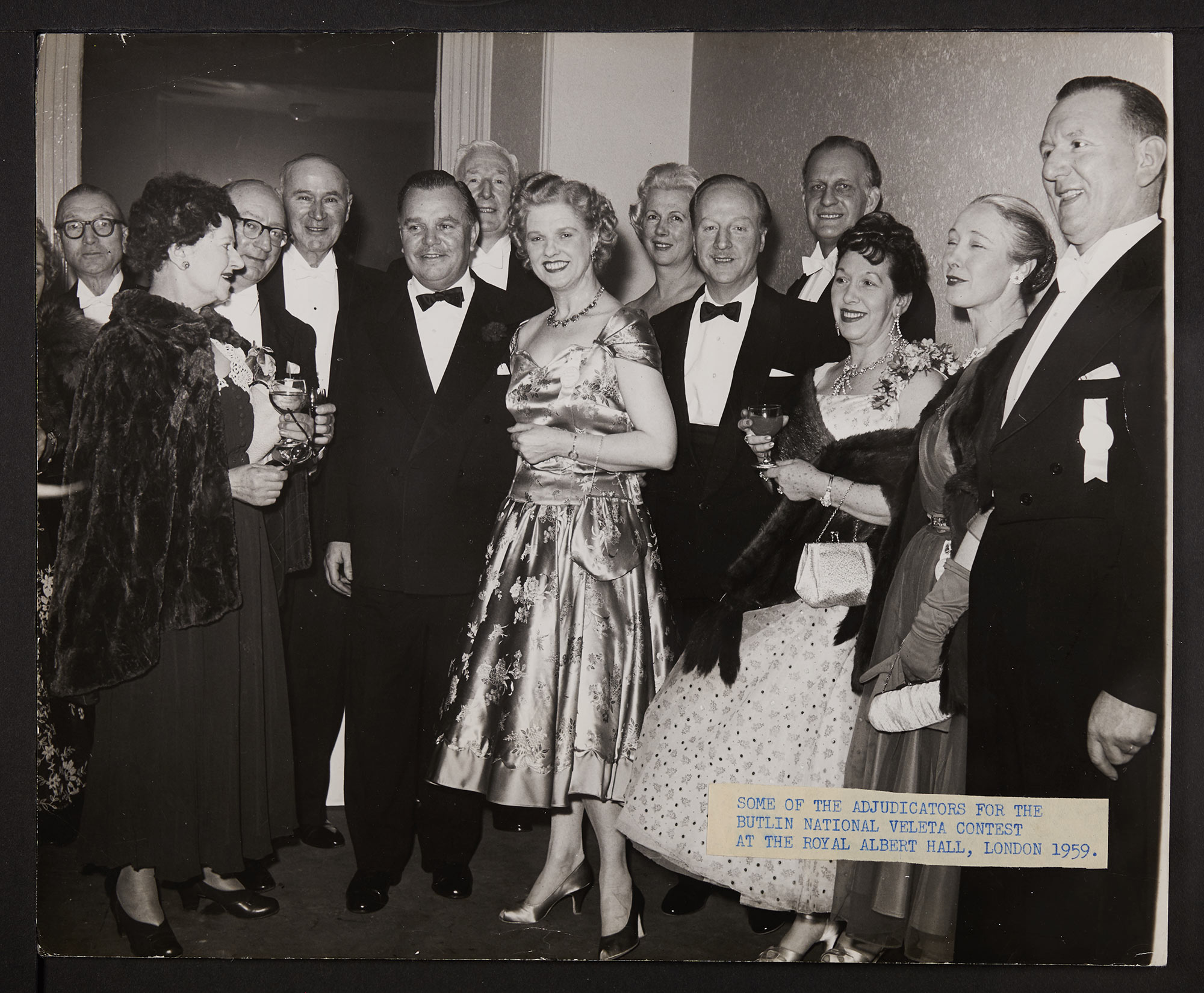 The Butlin Veleta Dance Competition, started from very modest beginnings, but by the 1950s had assumed such proportions that it was recognised generally as the biggest competition for any dancing trophy in the world… it really was the ‘Strictly Come Dancing’ of its day.

Having looked back through our archive we’ve discovered that the competition ran from 1947 to 2000 and we’re lucky enough to have some photos of the winners in our collection. The very first winners of the Veleta Dance Competition were Mr and Mrs J. Stead from Blackpool who collected the trophy in February 1948.

However, this is where we need your help…

We would like to find images of the winners from the years we don’t have. Did you take part in the Veleta Dance Competition or know anyone who did?