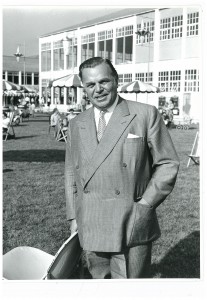 Over Eighty years ago Billy Butlin changes the face of British holidays. His aim was to make the British seaside break accessible to all. He wanted to create a place of colour and happiness where quality activities and entertainment would be provided so that families could really enjoy their time together.

So, in 1936 Billy bought a plot of land in Skegness, where the resort still stands today, and set about making his dream come true.

Butlin’s resorts sprang up all over the country. At one point there was a total of nine resorts, seven hotels and even a Butlin’s the Bahamas.

Take a look through our timeline below 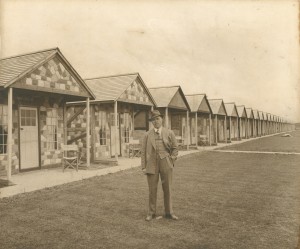 This is where our story begins, on 11 April 1936 Billy opens Skegness and within a year it had doubled in size. It was a huge success and just two years later Billy Butlin opened his second camp Clacton-on-Sea. 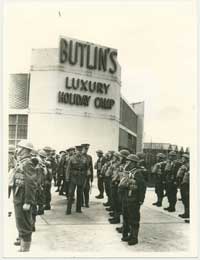 To help with the war efforts, Billy’s existing camps were given over to the government. Clacton became an Army camp and Skegness became HMS Royal Arthur. Billy was already building a new resort at Filey but was asked to finish it so that it could be used by the military too. He was further asked to locate and build another two camps at Ayr and Pwllheli. 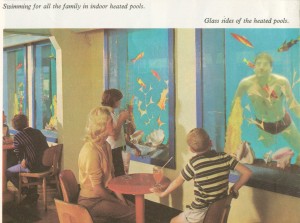 Indoor heated pools designed to be used ‘whatever the weather’ opened in Ayr, Clacton, Pwllheli and Skegness. After holidaying in the Caribbean, Billy sees the gap in the market and opens a Butlin’s the Bahamas. 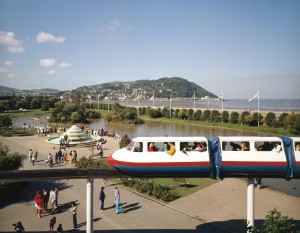 A further three resorts opened, at Bognor Regis (1960), Minehead (1962) and Barry Island (1966). The 1960s also saw the famous monorails brought to Skegness and Minehead, and other new innovations being opened on the camps including chairlifts, a pool with underwater viewing windows and revolving bars.

As people fell in love with holidaying abroad, the specialness of the British seaside became lost and the idea of the ‘holiday camp’ faded. The Butlin family sold the business to the Rank Organisation. 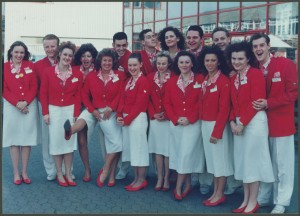 In 1986 new Water worlds are built at the remaining resort. Then in 1989 our Redcoats receive a new uniform designed by Zandra Rhodes. 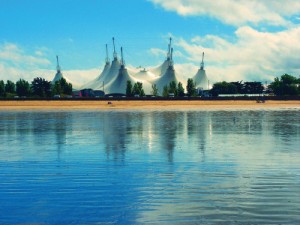 The new owners tried to reverse the downturn by building new accommodation and entertainment venues but sadly Mosney, Filey, Clacton and Barry Island all had to be sold. 1999 saw the magnificent and renowned Skyline Pavilions built across all three resorts to cater for the unpredictable British weather. 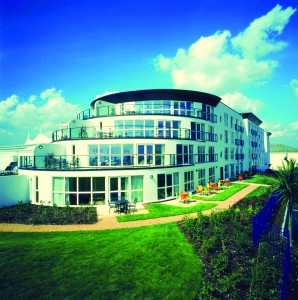 The new millennium saw Butlin’s bought by Bourne Leisure. In 2003, our beloved Billy bear character made his debut, and a year later the Spa in Skegness opened. 2005 saw the very exciting completion of our first on-resort hotel, the Shoreline hotel at Bognor Regis, and after its success our second hotel, the Ocean Hotel, was built in 2009. 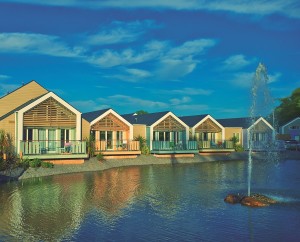 Bognor Regis welcomed its third hotel, the Wave Hotel in 2012, and a new swimming complex is built at Skegness in 2013. The following year, a new break designed ‘just for tots’ is launched and Butlin’s partnered with Great Ormond Street Children’s Hospital. 2015 saw the opening our West Lakes chalet village in Minehead, as well as our new seaside apartments in Skegness.